Gabriel is a family of sea skimming anti-ship missiles manufactured by  Israel Aerospace Industries (IAI) . The initial variant of the missile was developed in the 1960s in response to the needs of the Israeli Navy which first deployed it in 1970. Since then, variants have been exported to navies around the world. The latest variant, the Gabriel V, is in use by the Finnish and Israeli navies as of 2020.

Gabriel is a subsonic, sea-skimming, anti-ship missile. Flying at low altitude sea-skimming missiles try to evade radar detection to achieve a direct hit on target without being intercepted by ship’s air defenses. Its guidance system relies on I-band radar homing head. Gabriel can be powered by either solid propellant rocket motor or liquid fuel turbojet. The liquid fuel variant has a maximum range of 60 km.

Singapore’s ST Engineering announced in 2020 that its land systems division has signed an agreement with Israel Aerospace Industries (IAI) to set up a joint venture in Singapore to market and sell naval missile systems including Gabriel missiles.[1]ST Engineering partners with IAI on naval missiles

The Grabiel-5 Advanced Naval Attack Missile is the latest member of Gabriel anti-ship missile family developed by IAI’s MBT Missiles Division. Gabriel-5 is fitted with an advanced active radar seeker and a sophisticated flight control system. Combining both elements enabled Gabriel-5 to engage targets in intense clutter environments, near the shore, protected by close-in weapon systems and countermeasure defenses such as chaff, decoys and electronic countermeasures (ECM). It has estimated range of 200-400 km.

A report in 2009 claimed that another variant of the Mk-5 was in development called the Advanced Naval Attack Missile. This version is to be ship-launched and have an active radar seeker and a two-way datalink with a range of 150 km.[2]Missile Threat CSIS Gabriel

In 2018 Finland announced that they purchased Gabriel 5 missile systems. The system will be installed on Hamina-class missile boats and the new Squadron 2020 vessels. The contract is worth €162 million, with a €193 million option. The purchase will include launchers, missiles, simulators, test equipment, spare parts, and training. The quantities of missiles to be purchased will not be made public.[3]Finnish Navy to Buy IAI Gabrial Anti-Ship Missiles 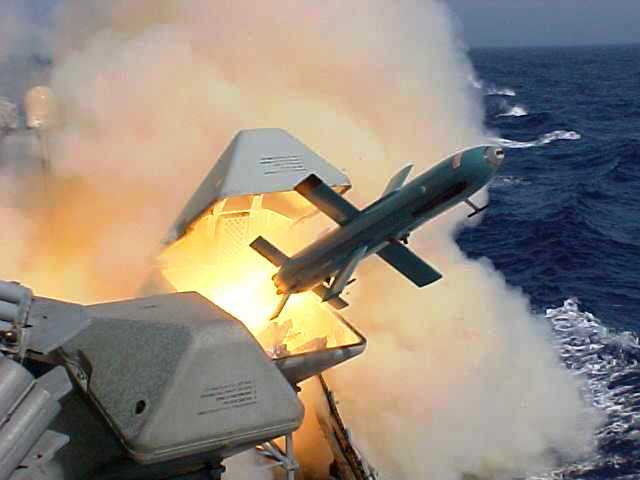 Use by Israeli Forces

The development of the Gabriel for the Israeli Navy began in 1962. In Service for Israeli Navy since 1970. During the Yom Kippur War the Gabriel I was used for the first time during the Battle of Latakia. Israeli missile boats armed with Gabriel Mk 1 missiles were credited with defeating Syrian ships.

The Gabriel Mk 5, also called the ‘Advanced Surface Attack Missile’ (ASAM), is believed to have entered service in Israel in 2007. This missile is reportedly deployed on the Israeli Navy’s Eilat Saar 5 corvettes. It has estimated range of 200-400 km.

In 2020 the Israeli Military announced that the Navy conducted successful experiments with Gabriel missiles on their Saar 5 and Saar 6 Naval Ships, that are soon to be officially operational.[4]IDF makes experiment with air to air missile