The Orbiter Mini UAV System is a compact and lightweight unmanned aerial vehicle designed for use in military and security applications. It is manufactured by the Israeli company Aeronautics Defense Systems. The system is used for ‘Over The Hill’ reconnaissance missions, Low Intensity Conflicts and Urban warfare operations as well as any close range ISTAR mission.

The Orbiter UAV is capable of carrying a single payload per mission. The payload options available are D-STAMP, U-STAMP, Z-STAMP and T-STAMP.

Aeronautics announced in May 2015 the Orbiter 1K “Kingfisher” version with a fuselage adapted to carry a 2 kg (4.4 lb) explosive payload, turning it into a loitering munition. It can be controlled by an operator, or is capable of being given a waypoint and independently scanning the area to detect and destroy a stationary or moving target. If a target is not detected, the Orbiter 1K can return to base and land for reuse.

Aeronautics apparently attempted to bomb Armenian military personnel with “one of its unmanned kamikaze aerial vehicles” for Azerbaijan back in October 2017, the Times of Israel reported in 2018. According to the leaked complaint with the Israeli Defense Ministry, Orbiter 1K suicide drone was dispatched to the disputed Nagorno-Karabakh region “at the request of Azerbaijani clients during a sales demonstration.” Aeronautics employees reportedly refused to carry out the 2017 mission and company executives subsequently stepped in to fly the drone themselves. Though it’s not clear if this was deliberate or not, the drone reportedly missed the target, only injuring two ethnic Armenian fighters.[2]the Drive : Israeli Company flew suicide drone on a real combat mission in Azerbaijan

The Orbiter 1k was employed by the Azerbaijani Armed Forces during the 2020 Nagorno-Karabakh conflict.[3]Jpost : Orbiter in Battlefield in Azerbaijan 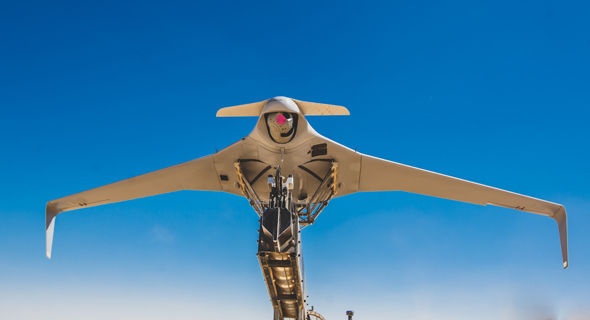 Use by Israeli forces

Orbiter drones are operational in the Israeli military since the beginning of the 2000s. Mainly in infantry and artillery brigades as in the Israeli Navy.[4]Makor Rishon : Navy acquires drone for maritime surveillance Orbiter drones were widely used in Israeli operations in Gaza.[5]The Intercept : Israeli Drone Feeds